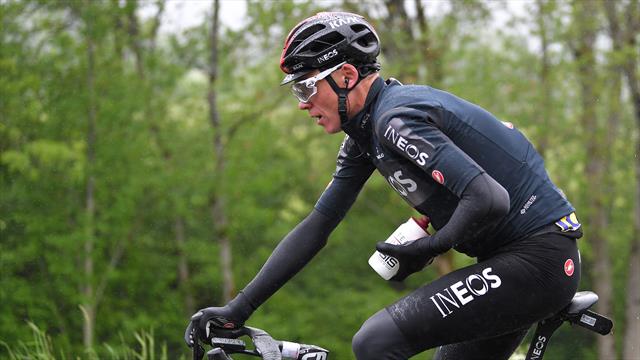 Chris Froome has revealed in an interview with Eurosport that he will have to go back under the knife to complete his recovery from a horrific crash that almost ended his career.

The four-time Tour de France champion was on a reconnaissance ride for the Criterium de Dauphine in June when he crashed into a wall.

The Brit broke bones in his elbow and ribs as well as fracturing his femur but returned to the bike last month and is back in training.

However, he told Eurosport that he will need more surgery before he is able to think about hitting his best shape.

"I'm in an extremely fortunate position that I am even back on a bike again at this stage," Froome said.

"I had some pretty horrific injuries and I've still got to have another surgery.

" I've got to remove the metalwork in my hip and my elbow."

Froome has defied all expectations with his recovery, last month posting a picture of himself out riding with Ineos team-mate Wout Poels, the man who accompanied him on the day of the crash.

That ride was just three months after the incident and he had been a bike, albeit indoors, weeks before.

Froome will ride competitively for the first time in four months this weekend at the Saitama Criterium but insists he is still not a level where he would be comfortable in an out-and-out road race.

Video - Froome: I am not ready to race yet

"My recovery has gone extremely well but I'm not yet at a point where I can be in a racing peloton.

"I'll be doing the time-trial and try to help my team-mates out, to get the best result possible but I'm not quite at that [full competitive racing] stage yet."