Froome to return from horror crash at UAE Tour 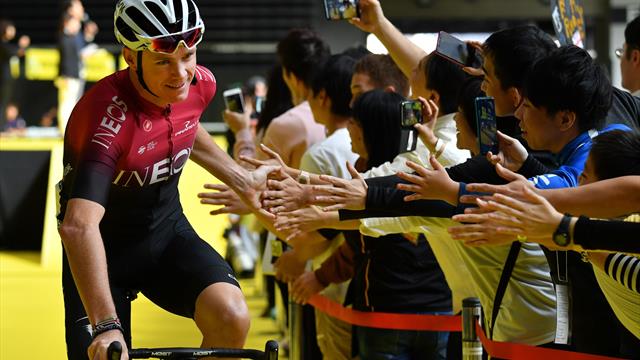 Chris Froome will make his long-awaited return to cycling at the UAE Tour in February.

The Team Ineos rider suffered multiple fractures after a horror crash in June, leaving him in intensive care and facing a lengthy rehabilitation.

"I’m really excited about getting back to racing at the UAE Tour," said Froome.

"I've come off a good block of training in Gran Canaria and look forward to taking the next step in my recovery and getting back to full strength."

Froome was blown from his bike while travelling at over 50kph during a reconnaissance ride at the Criterium de Dauphine in June, with Geraint Thomas and Egan Bernal co-leading Ineos’ Tour de France campaign in his absence.

The UAE Tour, which is live on Eurosport and Eurosport Player, starts on February 23.

Froome's main target is a fifth yellow jersey at the Tour de France, but will have to vie with defending champion Bernal and 2018 winner Thomas for leadership duties.

"The only appointment I’ve set myself is the Tour de France,” the seven-time Grand Tour winner said earlier in January.

"Until then I’m just going to keep chipping away, trying to make the most of every camp, every race building up to July. I hope that come that start line in Nice, I’ll be ready to go.

"The prospect of going for a fifth yellow jersey is massive for me. It’s such a motivation. There are no guarantees I’ll be back to challenge for it, but I’m going to give it everything I’ve got."