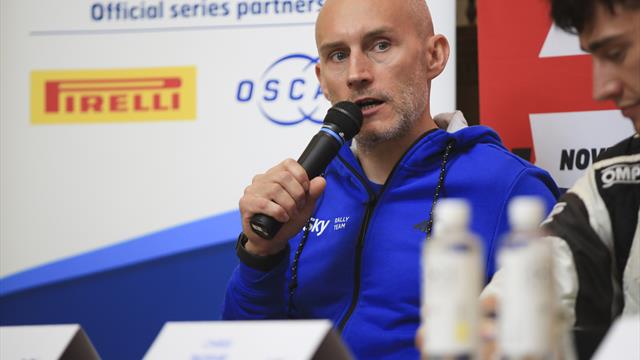 Łukasz Habaj’s ERC title aspirations have been dealt a massive blow after the Sports Racing Technologies driver crashed out of Rally Hungary on SS6.

The Pole, who had been fighting his way back up the order following a crash on Friday, is reported to have lost power steering, while the resulting suspension damage has curtailed his running for the remainder of Saturday’s leg.

Having missed the qualifying stage and being forced to start 17thon the road for each of the day’s stages, Habaj had made it back into the top ten.

Following the opening stage of the afternoon, the Pole in the ŠKODA Fabia R5 was up to sixth before his crash.

His team will now have the rest of the day to see if they can repair Habaj’s car once more in time for the final leg of the season tomorrow.