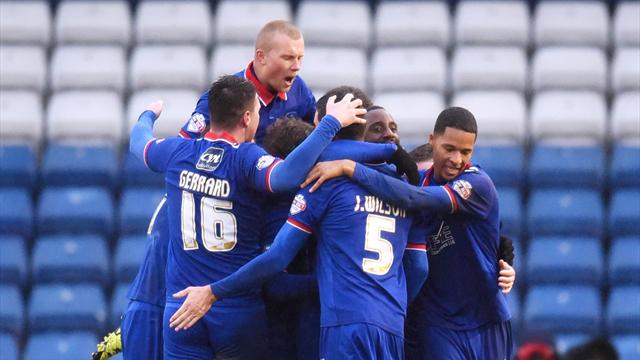 Bury and Barnsley needed wins, but had to settle for a draw, while Oldham are doing all they can to avoid the drop.

Bury and Barnsley were both hoping for three points as they continue to chase a promotion playoff spot, but it wasn't to be. Barnsley were reduced to 10 men when Adam Hammill picked up an 82nd minute record card and both teams ended up having to settle for a draw.

Joe Bunney's great form is all Rochdale needed to win on Tuesday. Bunney scored his fourth goal in three matches and Rochdale got to breathe a sigh of belief as they continue to stay just above the relegation scrap.

Oldham picked up a vital three points in their bid to avoid relegation to League Two. Cameron Dummigan gave Oldham the lead before Souleymane Coulibaly equalized. But Liam Kelly's penalty 17 minutes from time proved to be the winner as Oldham prevailed.