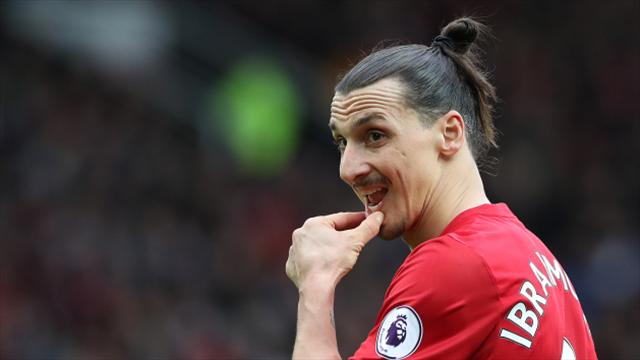 Jose Mourinho has pledged to improve Manchester United's goalscoring situation next season - a challenge the manager will face without Zlatan Ibrahimovic unless the club matches their top scorer's ambitions.

Jose Mourinho has pledged to improve Manchester United's goalscoring situation next season - a challenge the manager will face without Zlatan Ibrahimovic unless the club matches their top scorer's ambitions.

Old Trafford witnessed a ninth league draw of the term on Tuesday evening, but it was nearly so much worse after United struggled to cancel out Everton captain Phil Jagielka's opener.

United eventually ensured their unbeaten Premier League run would extend to a 20th match in stoppage time after Ashley Williams handled a shot from substitute Luke Shaw, leading to a red card and spot-kick.

Ibrahimovic converted the penalty to secure the hosts a hard-fought 1-1 draw, but Mourinho is under no illusions about the challenge that lies ahead.

"20 matches unbeaten is amazing," the United boss said, having conceded his players struggled for confidence against Everton.

"I would sign immediately for that next year because in the modern Premier League it is really, really difficult to do - but we need to score goals to win matches.

"We don't score enough goals, it is as simple as that.

"The pragmatism is - how many goals have (Marcus) Rashford, (Jesse) Lingard, (Henrikh) Mkhitaryan, (Ander) Herrera, (Paul) Pogba scored? How many goals from these attacking players? Not enough."

Ibrahimovic, by contrast, took his tally to 27 for the season on his return from a three-match domestic ban.

The 35-year-old has made a mockery of the doubters since arriving from Paris St Germain and such form has fuelled concerns that he will not take up the 12-month extension in his one-year deal.

The LA Galaxy have been linked with a move for Ibrahimovic, who claimed before the Everton match that "the Premier League is begging me to stay".

"A lot of things have to be settled," Ibrahimovic told MUTV. "It's not like I'm 20 and I have another five or 10 years.

"Probably I have one, two, three years so everything depends on what you want and what the club wants, what the vision of the club is because I said from day one I didn't come here to waste time, I came here to win.

"If you want to win bigger then you have to create bigger.

"I still came. I came to help. I came to do what I am able to do. To make it better. To bring the team to higher views so let's see what happens."

Meanwhile, Ronald Koeman, Ibrahimovic's former manager at Ajax, was proud of the "really good job" Everton did on a night when they were pegged back at the last.

"I feel myself more comfortable here than (with) the way Liverpool tried to press," Koeman said, referring to the weekend Merseyside derby defeat.

"It is a strong team, with really good players. But you get more time and you have more ball possession."