Chelsea to prioritise Moussa Dembele signing in summer - Paper Round 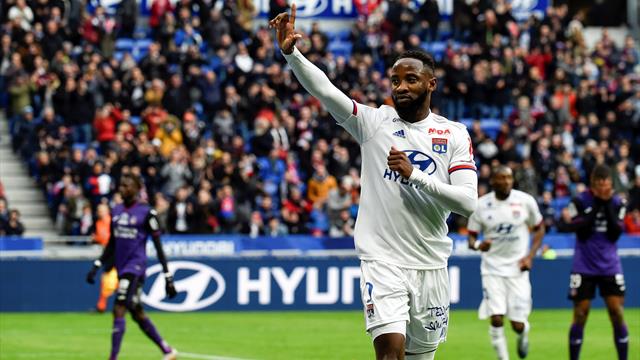 Chelsea are set to move for a striker in the summer, with Olympique Lyonnais hitman Moussa Dembele top of their wishlist.

After sealing the signing of Hakim Ziyech, who will join at the end of the season, Chelsea are targeting a striker ahead of the new campaign, whenever that begins. And one name is top of their wish list: Olympique Lyonnais forward Moussa Dembele, according to The Athletic. Either Olivier Giroud or Michy Batshuayi, who have failed to step into Tammy Abraham's shoes this term, will leave and Chelsea's initial interest in RB Leipzig's Timo Werner has cooled in light of Liverpool's pursuit of the Germany international.

Video - Ronaldo to stay at Juve until he's beyond 39!? - Euro Papers

Paper Round’s view: Dembele is clearly a forward with goalscoring pedigree and Chelsea have largely misfired and failed to put away teams when Abraham has struggled with fitness. Dembele would make an excellent signing. With his history at both Fulham and Celtic, his adjustment to the way of life in Britain would be largely easy and, though he would not be cheap, the Frenchman has time on his side at the age of 23 and could spend the best years of his career at Stamford Bridge.

Manchester United to move for Umtiti

Manchester United are set to launch a big-money move to bring Barcelona defender Samuel Umtiti to Old Trafford this summer, according to Catalan newspaper Sport. Barca are determined to get the France international off their wage bill and have contacted several clubs with a view to finding a potential buyer. Umtiti has lost his place since suffering a series of fitness problems after impressing in his country's 2018 World Cup win. Barca boss Quique Setien is uneager to part with the former Lyon man but would bow to the club's hierarchy.

Paper Round's view: After a great start to his Barca career, it is clear that Umtiti has fallen away and is some way behind Clement Lenglet and Gerard Pique in the pecking order. However, his past form and status as a World Cup winner make him a valuable asset and if the Spanish champions are intent on raising funds to rebuild their squad, he is a good option.

Manchester City are the latest Premier League club have not returned to their training ground since last week's coronavirus scare involving Benjamin Mendy, whose test eventually came back negative. The Premier League champions' players have all been given individual fitness programmes to work on at home and their £200 million City Football Academy complex is unlikely to be open for a further week, when club bosses are fully satisfied that it is safe.

Paper Round’s view: Caution is clearly the safest course of action during these unprecedented times and we have seen first-hand how coronavirus has affected the Premier League, with City's own former assistant manager Mikel Arteta having tested positive. The Premier League's mooted return date of April 4 seems highly optimistic and there is no need to risk player safety with such high stakes across society.

Arsenal and Tottenham set for battle over Lovren

Deja Lovren is set to leave Liverpool this summer and both Tottenham and Arsenal are set to do battle for the Croatian defender, according to the Daily Mirror. Lovren has fallen down the pecking order at Anfield and seems unlikely to regain his first-team place any time soon, particularly with just one year left on his contract. Both north London clubs have leaked goals at times this season and would value Lovren's experience and availability.

Paper Round’s view: This would be a poor signing for both Arsenal and Spurs, who have had different problems at the back. For the red half of north London, it is simply a lack of talent and Lovren is not a noticeable step up on the likes of David Luiz, while Tottenham's main problem is that Toby Alderweireld and Jan Vertonghen are simply not as young as they were, and Lovren is hardly a youthful option.

UEFA are set to demand £275 million from clubs and leagues in order to postpone this summer's European Championship until next summer amid the coronavirus outbreak sweeping across the continent. There is set to be an emergency meeting between the relevant authorities on Tuesday and most national governing bodies and leagues are desperate to complete the current season as a matter of priority in order to avoid numerous legal challenges that would arise from declaring it null and void.

Paper Round’s view: As sad as it would be to have a summer without the fun of the European Championship, it seems the best option to postpone it. The very nature of the tournament - played across various countries and cities for the first time ever - means no single country is having to foot the bill and all of the stadia will still be there in the summer of 2021. This is an emergency situation that requires a creative solution.