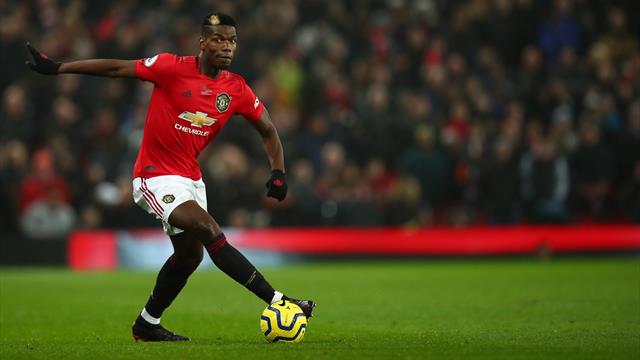 Paul Pogba could stay at Manchester United, Ashley Maitland-Niles frozen out at Arsenal, Mino Raiola is ready for war, and Coronavirus looms large over sport.

The Daily Mail leads with the revelation that Paul Pogba could yet sign a new deal at Manchester United. The 26-year-old French World Cup winner believes that he could team up in midfield with Bruno Fernandes and enjoy success, and could be ready to sign a contract that would pay him £400,000 a week. He could be back in action as soon as Thursday against LASK.

Paper Round’s view: Pogba has done absolutely nothing to earn a return to a side that is both confident and improving. He is clearly a superbly talented player, but there is little point including him if he will only show enthusiasm if other players are there to inspire him - he is so good that he should be leading the talent. Pragmatically though, a Fernandes-Pogba duo could be enough to drag United up the table.

Maitland-Niles on the naughty step

The Mirror carries a report that Ashley Maitland-Niles has been frozen out by new Arsenal boss Mikel Arteta. The 22-year-old player has annoyed his manager by failing to adhere to timekeeping standards, and he has fallen behind Buyako Saka and Eddie Nketiah in terms of youngsters who are making good progress in their careers.

Paper Round’s view: Maitland-Niles is a talented, quick and versatile player. With those qualities it should be easy for him to hold down a place - at the very least - as a reliable squad player. If he can't be trusted to turn up on time though then it is only right that other players are given the nod ahead of him until he becomes more responsible.

Raiola set for war with FIFA

Controversial football agent Mino Raiola, who has some of the best players in the world on his books - and Jesse Lingard - is ready to ‘go to war’ with FIFA, according to an interview in the Telegraph. The Dutch agent is forming an alliance with other agents such as Jorge Mendes and Jonathan Barnett to object to a proposed cap on the fees they can receive.

Paper Round’s view: Football is a morass soaked in money, and there is little chance that the fight for money will ever relent as the pie gets bigger every season. The power that agents have is a natural bulwark against the hegemony imposed by the clubs, but until players’ rights are fairly established this will be a fight that continues every year.

Football and Olympics at risk

The Guardian reports that the Premier League and wider football season could be at risk from the threat of coronavirus, and the Toyko Olympics are also in doubt as the disease spreads across the world. As football games are played behind closed doors, football figures contract the disease, and some countries enter lockdown, it is tough to see how far the disruption will go.

Paper Round’s view: The coronavirus is a deadly event and there is no sign that it has even reached its peak. The economic damage it can do with its disruption is enormous, but if it is not properly handled then it will do even more damage to humanity. Postponing events could ultimately prove to be a life-threatening decision.