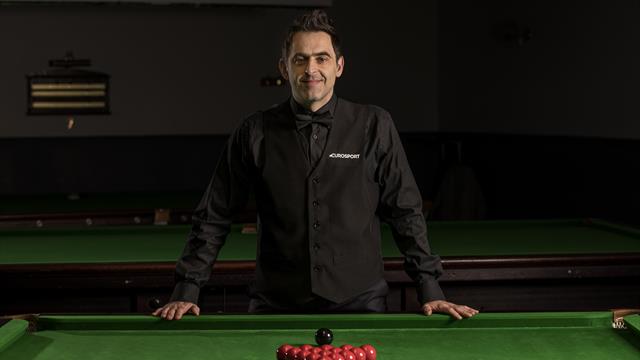 One of the sport’s greatest icons will be on Eurosport’s screens for another three years after it was announced snooker legend Ronnie O’Sullivan has signed up with the Discovery-owned network to be an expert analyst.

Affectionately named ‘The Rocket’ in reference to his breath-taking shot making ability on the baize, the five-time World Champion will join Eurosport’s stellar cast of snooker experts throughout the upcoming 2019 World Snooker Championship at the Crucible Theatre in Sheffield.

[WATCH THE SNOOKER WORLD CHAMPIONSHIP ON EUROSPORT AND EUROSPORT PLAYER]

O’Sullivan will also be chief contributor to an exclusive short-form series 60-Second Pro, to be screened on Eurosport’s linear and digital channels throughout the tournament where the potting maestro will dissect some of the key aspects of the game – covering everything from the perfect break to imparting the right amount of spin for certain shots.

Ronnie O’Sullivan said: “I am delighted to extend my association with Eurosport for another three years. Eurosport has been an important part of my professional life over the last few seasons and I can’t wait to share my opinions with viewers from right across Europe.

" It is well-known within the game that Eurosport is the go-to destination for passionate snooker fans and I’m proud to be part of that team."

Professional snooker guru Chris Henry, who has coached the likes of Shaun Murphy, Ding Junhui and Stephen Hendry, will supplement Eurosport’s coverage with unique insights into the mindset of the players during the 17-day tournament.

Over 150 hours of live coverage will be shown exclusively* on Eurosport, eurosport.com and the Eurosport App across Europe with highlights shows, replays and action from the qualifying tournament** taking that figure to well over 300 hours by the time the curtain comes down on the 42nd edition of snooker’s blue-riband event.

Dave Hendon will be calling the action for Eurosport.

*Total exclusivity except the UK

**The qualifying tournament is available only on Eurosport Player