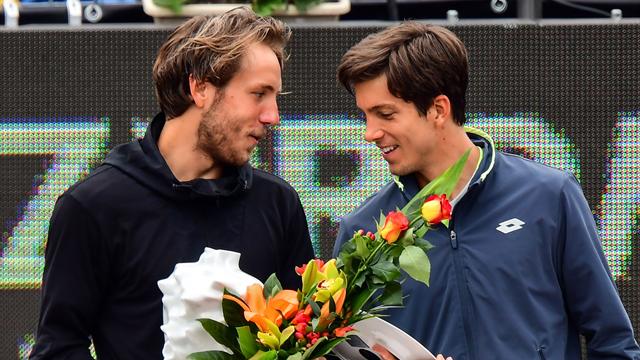 Aljaz Bedene's 16-match winning streak was ended by Lucas Pouille in the final of the Hungarian Open.

The British number four had been unbeaten for more than a month, a run taking in two titles on the second-tier Challenger Tour and one of the best weeks of his career in Budapest.

But top seed Pouille was a step up in class on clay from his previous opponents and the Frenchman eased to his second ATP Tour title with a 6-3 6-1 win in just an hour and four minutes.

Pouille, who is at a career-high 14th in the world rankings, pummelled the Bedene serve, with the man ranked 68th winning just 25 per cent of points on his second delivery.