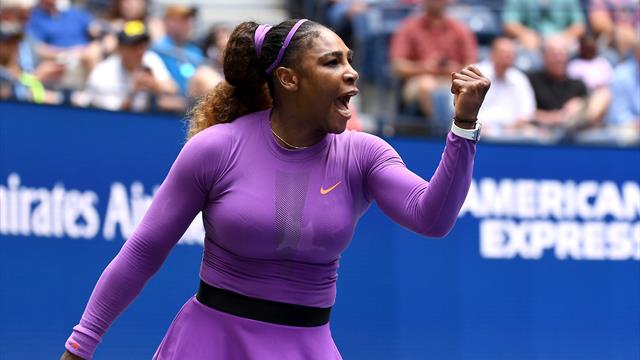 Serena Williams progressed into the quarter-finals of the US Open after making her way past 22nd seed Petra Martic, 6-3, 6-4.

The 23-time Grand Slam champion had her second set interrupted as she sought treatment from the trainer after rolling her right ankle in an effort to make a volley.

Martic had made the better start, breaking the Williams serve, but the American broke right back to level up and stayed in control, hitting 38 winners on a sunny day at Arthur Ashe Stadium court, and rounding off the match with her fourth ace of the afternoon.

"I just rolled it. I don't know why, I was volleying and it just went over," Williams said of the injury.

"That was frustrating but I wanted to get it compressed really fast. It affected me a little mentally because I've had a rough year with injuries.

" I'm finally walking, but you guys were out here cheering so hard. It really means a lot. It's a special place for me, so thank you so much."

It was Williams's 99th career win in the US Open singles competition.

She will face Wang Qiang next - the Chinese player who defeated Ashleigh Barty in the fourth round.